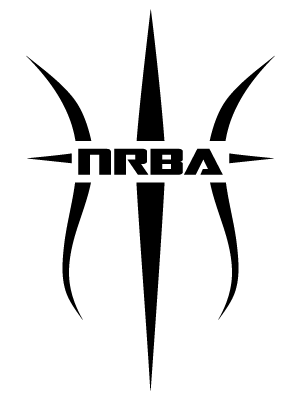 The move starts by receiving a pass and facing up to the basket in a triple threat position.  To execute a cross jab from triple threat, step with your non-pivot foot across your body to the outside of your defender’s foot.  This cross jab should be a longer, slower step than a typical jab step .  When initiating the cross jab, it is very important to rip the ball high and protect it on your hip (same side as your cross jab).  While doing this, it is necessary to keep your vision forward by putting your chin to your shoulder.  Stay low, stay on balance, don’t be in a hurry, be strong with and protect the basketball, and keep your eyes up.  If done correctly, your defender should move in order to stay in a position between you and the basket.

At this point, there are a number of options you may have as an offensive player depending on how the defense plays you, how much you were able to shift/move the defense and how much space you created.  At the NRBA, we teach a ‘Shooter First Mentality’, meaning, your mindset should always look for a possible shot opportunity as your first option.  So, as one of your main options, be ready to shoot out of the cross jab.  If the shot is not available, then as stated in the beginning of this basketball tip, you have now set up your defender for another move from triple threat position.  In the upcoming basketball tips, we will explore some good secondary moves after executing the cross jab from triple threat that are very effective. But for now, simply work at developing and using your cross jab, as well as getting to balance and shooting out of the cross jab.