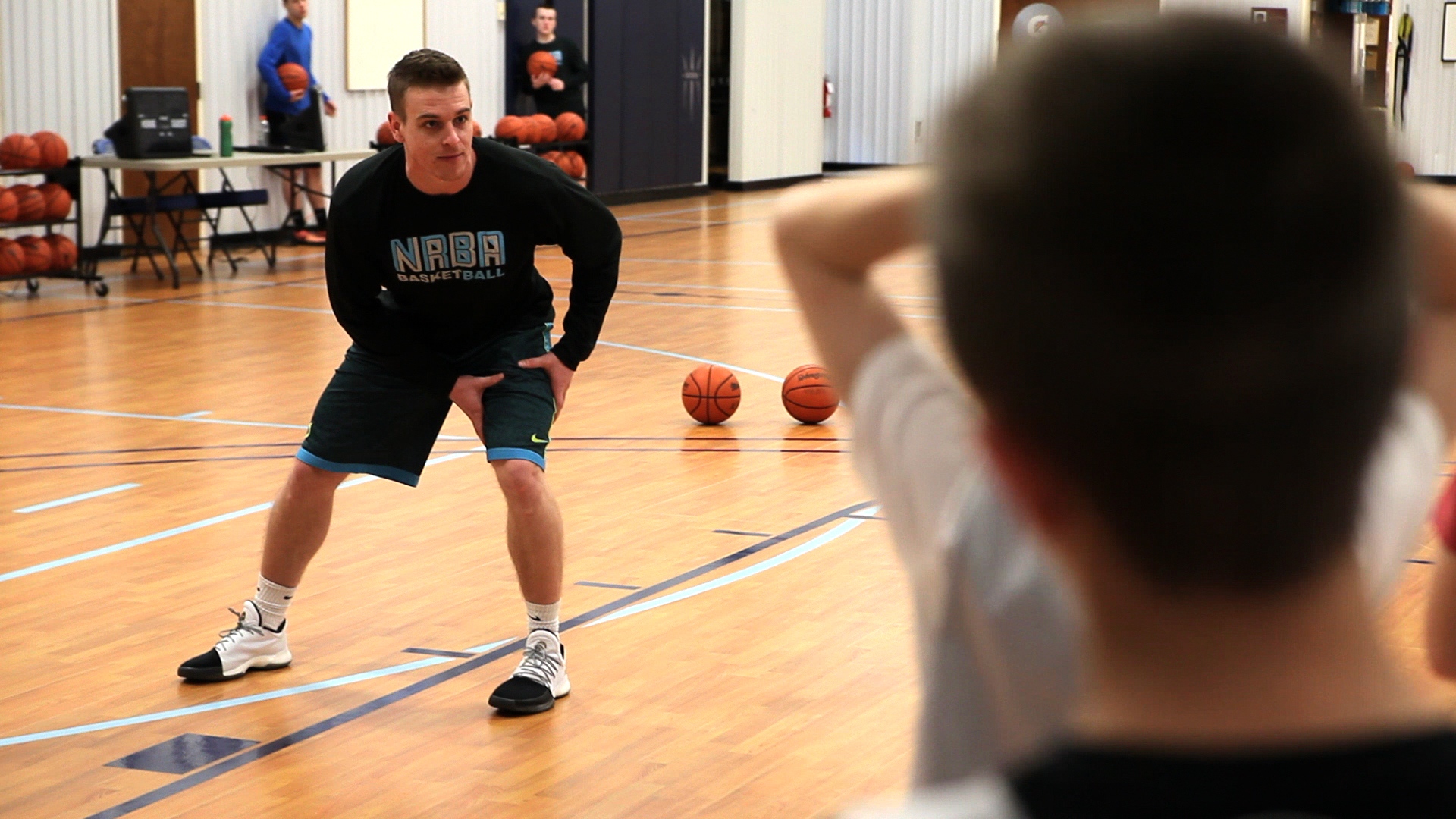 There are two different philosophies regarding which foot to establish as your pivot foot when receiving a pass. One philosophy is to plant your inside foot when receiving a pass thus establishing it as your pivot foot.  This means that your pivot foot will be different depending on the direction you are moving to receive the ball.  Sometimes it will be your right foot and sometimes it will be your left foot. This is the most popular taught philosophy concerning catching the ball and establishing a pivot foot.  However, there is another philosophy referred to as ‘primary pivot’.  Coaches who believe in this philosophy will teach their players to establish the same pivot foot every time they receive a pass regardless of which direction they are cutting.  If you are a right handed player/shooter your primary pivot foot is your left foot and if you are a left handed player/shooter your primary pivot foot is your right foot.  If you come to the NRBA you will soon learn that we teach players to be primary pivot foot players.  We believe that in the grand scheme of playing the game it is much more effective and efficient to learn to play as a primary pivot foot player.

The second reason we teach players this philosophy is that you are more explosive playing off your primary foot. Explosiveness is the primary building block for developing an all around dynamic offensive game.  One of the most important fundamentals to develop as a player is your explosive first step. Because primary pivot foot players are always exploding off the same foot every repetition they develop more explosiveness in their first step than players who are exploding off a different foot each time.  Theoretically, it would take an inside pivot foot player twice as much time/repetitions to develop/train the same explosiveness with either foot as would a player using the same foot as their pivot every single time.  Learning to play off a primary foot with an explosive first step will guarantee consistent explosiveness regardless of whether you drive left or right. This is great advantage for you as an offensive player. Our students from their very first lesson or camp experience are consistently drilled on this single point until it becomes an instinctive part of their game.

John Wooden, former coach of UCLA Bruins, said “Success is often found in the perfection of minor details.”  The consideration of establishing a primary pivot foot as opposed to your inside foot may seem insignificant. But it is valuing, embracing, and mastering the little things that allow you to master the bigger things. So, when it comes to deciding which pivot foot philosophy to adhere to, consider the great advantages that simplicity and explosiveness give you as a player.  After all, mastering one foot is easier than mastering two.