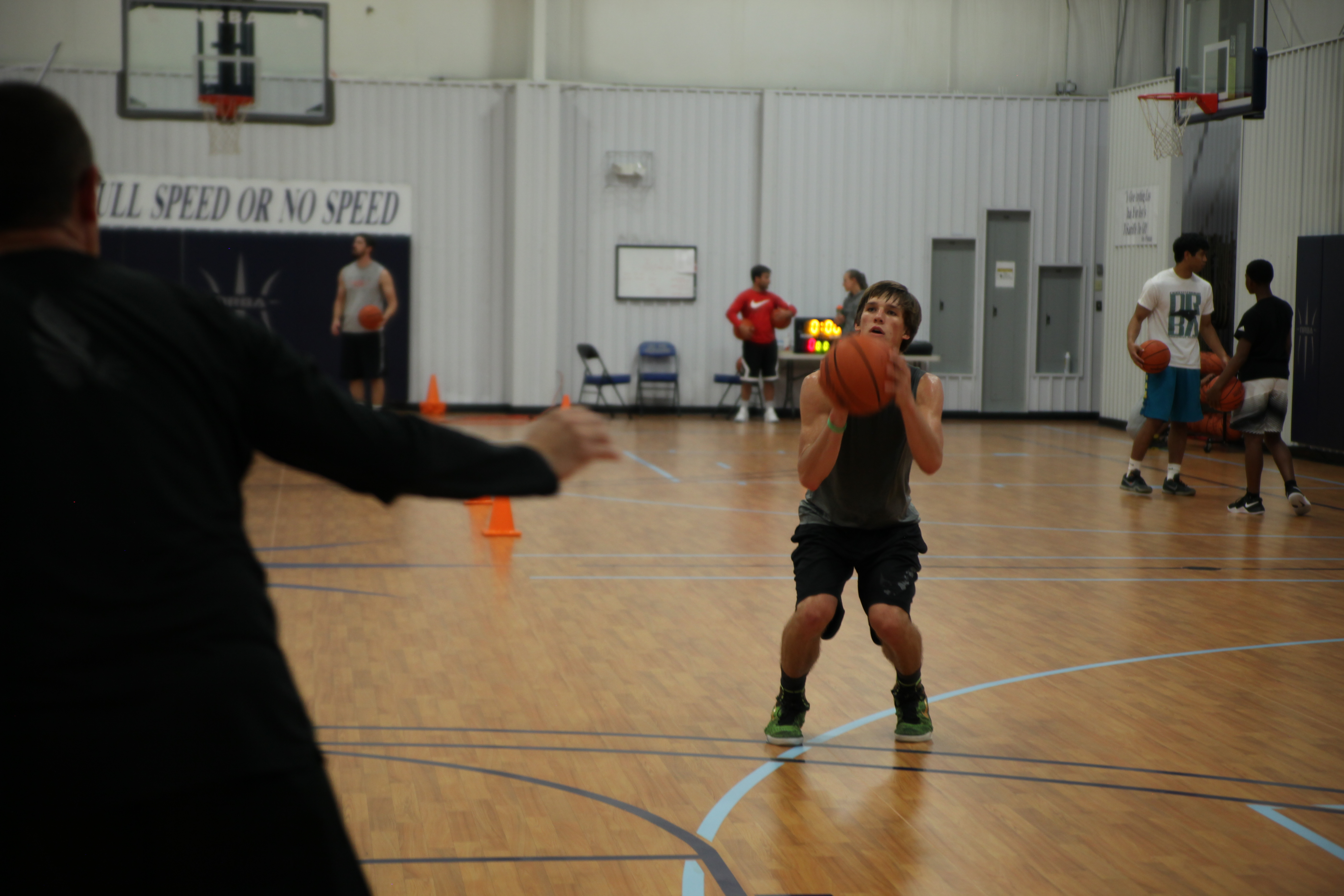 As stated in previous posts, the philosophy of the NRBA is to be a shooter first when receiving a pass.  However, there will be many times when you receive a pass that you will not have a good shot for various reasons and need to be able to beat your defender with dribble penetration.  It is important for you to have a variety of fakes/moves when engaged in a one-on-one opportunity that will give you an added advantage as an offensive player.  The goal of any fake is to get the defense to react and move in one direction so you can drive past them more efficiently.  Remember, defense reacts to movement, so the quicker, more violent the fake, the more likely the defense will move in the direction of the fake.  Face up moves are simply that: a fake or combination of fakes when receiving the ball and facing up, which are made with quick, violent movement to get the defense to react.  If you do not have a good shot when receiving the ball, then driving is the second option and the following face up moves will help you be effective in moving or getting the defense off balance so you can penetrate and create scoring opportunities for your team off the dribble.

You can begin practicing and mastering the art of facing up and making a fake or series of fakes as listed above by doing the following drill:

Free Throw line and back with face up moves